Given the increase in the Omicron variant of Covid recently, we are going to postpone our Night of 1000 Wishes originally scheduled for March 12, 2022, until March 2023. Please stay tuned for the new date, and we hope you will join us at our Tee Off for Tom: Tom McCarty Memorial Golf Tournament. Thank you for your patience and please stay safe.

My name is Delaney Peffer. I am a 13 year cancer survivor. I was born healthy at 8 lbs 3 oz. I was reaching all my normal milestones until I reached my first birthday. My mom noticed I was dragging my leg while crawling one day and immediately took me to the doctors. They told her I was lazy! Being a mom she knew better and took me for a second opinion. I was sent to Lancaster General Hospital right from the doctor's office. This was in March of 2000. And so our journey began. I was sent for a CT scan that evening and the results came back the next morning that I had a tumor in my chest. The tumor was so large it was pushing my heart and lungs out of the way and causing me to have difficulty breathing, it also grew into my spine causing me to be paralyzed from the chest down. They told my mom I may never walk again. At this point they did not tell us that it was cancer. I was transferred by ambulance to Hershey Medical Center arriving late afternoon. By early the next morning I was receiving my first round of Chemo to try to shrink the tumor. They told us that I would have died within 24 hours had I not received medical care. My first round of chemo was successful enough to shrink the tumor so that it could be surgically removed. Following the surgery I had five more rounds of chemo followed by 10 day of radiation. In September 2000 I headed to CHOP in Philadelphia for a stem cell transplant. They harvested my healthy cells and gave them back to me. I was discharged on October 16th 2000. My treatment was a success! In October 2012 I had to have back surgery because of worsening scoliosis which was caused by either my surgery or the radiation treatments. I am now healthy enough to live a normal teenage life. I am a freshman in high school and sang in the chorus and cheered on the JV cheer leading squad. I like to hang out with my friends go to the mall and shop. At my last check up with my oncologist they told us it isn't about neuroblastoma anymore it is about the effects of my treatment. I am proud to call myself survivor. 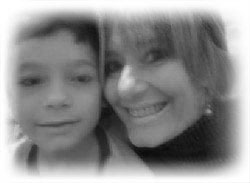