Jane Rudden is no wallflower. So when "the beast" decided to take her on a turn around the dance floor, she quickly decided she would be the one to lead.

Though the dance was grueling for her physically, mentally and emotionally, Rudden, at 66, finds herself at peace.

Rudden has written a book about her experience with breast cancer. It was published last year. Titled If We Must Dance, Then I Will Lead: A Memoir of Breast Cancer Survival, the book is a candid account of her many surgeries and treatments, her support system of friends and family who were with her from start to finish, and her childhood and parents, which is where she drew her strength to face her unwelcome dance partner. Rudden has 10 siblings, six of whom are sisters. The book is also leavened with humor and wry observations.

"Yesterday illuminated today and helped me to understand how it was I had the gumption to face one curve ball after another. I found myself mentally reaching back and weaving in stories of my childhood and brothers and sisters," she says. She began writing as a way to document her experience, "and to let my sisters know what to say when they had to check the box 'yes' when they went to the doctor."

April Fool's Day in 2004 is when the beast tapped Rudden on the shoulder and asked her to dance. With a diagnosis of Stage III breast cancer - the stages of breast cancer are expressed on a scale of 0 through IV - Rudden began 12 arduous months that taught her who she was.

She had a lumpectomy. She began her eight chemotherapy treatments, which included the use of a surgically implanted Mediport that caused her endless problems. As she was still having chemotherapy for the first breast cancer, Rudden was diagnosed with ductal carcinoma in situ in the same breast. DCIS is a relatively new diagnostic term given to cells that are growing inappropriately in the ducts of the breast.

The new diagnosis resulted in a mastectomy, a bout with depression, 28 external beam radiation sessions, a failed reconstruction of the breast, constant fatigue and a fragile psyche. Not only did her reconstructive surgery fail, it resulted in a life-threatening infection and a raw chest scar that required a skin graft.

Rudden praises what she calls "the choir of angels," the friends and family who support cancer patients. Rudden's angels while she went through her cancer care at Lancaster General Health were her partner Ed, her sisters and friends.

Cancer's impact on family, friends and caregivers must be considered, Rudden says. You have to make sure your angels are OK, she says.

She didn't realize while she was going through her cancer treatment how difficult it was on those who loved her. "I had no clue that they needed to slip away occasionally and find their own haven of comfort." She emphasizes this point when speaking to groups.

Rudden says she chose her book title to send a message to those who have cancer: You do have control over this.

"The beast might force you out to the dance floor, but you are going to set the pace and set the rhythm." 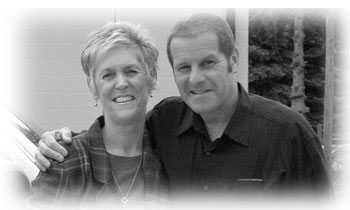