What started as a concern, transformed into probability, which culminated to certainty. In August of 2015, if you would have asked me if I was worried that the lump I found on my left breast was cancer I would have confidently said no. Yet, as I sat in the small conference room on 29 September 2015, a doctor was telling my husband, Bryan, and I something quite different. That in fact, I did have breast cancer and it had spread into my lymph nodes. But how could this be? I was 34 years old, in the best shape of my life, coming off of a 25K trail race less than two weeks prior. I ate decently, worked out regularly, ran, played soccer, and chased my two girls, Lily and Ava, around daily (ages 4 and 2 at the time). I had zero risk factors according to any breast cancer risk assessment tool you look at; despite all of this, there I sat, uncertainty looming and a journey that would test both my resolve and faith.

What came next was a whirlwind of appointments, tests, consults and second opinions. My diagnosis was advanced enough that my treatment plan was fairly streamlined; active treatment would consist of chemotherapy, followed by a double mastectomy with sentinel node biopsy surgery, and rounding out everything with 28 sessions of radiation. Three months of chemotherapy began on 22 October 2015 (Ann B. Barshinger Cancer Institute, Lancaster, PA), I had surgery on 15 March 2016 (Johns Hopkins, Baltimore, MD), and finished up radiation mid-June 2016 (Ann B. Barshinger Cancer Institute). Following active treatment was the send off and well wishes from my oncologist (Ann B. Barshinger Cancer Institute); along with ten years of shots and a daily pill to both suppress production and block cell receptors from using estrogen again to create cancer cells. This was all centered on the goal to effectively eradicate the cancer and reduce my reoccurrence rate. I will spare you all the details, but cannot emphasize enough the complete God orchestrated consults and treatment reviews I was privileged to have last summer (2016). At the recommendation of two surgeons (Dartmouth-Hitchcock Medical Center, NH and University of Pennsylvania, Philadelphia, PA), I found myself once again rolling into an operating room for margin and scar revision surgery on 23 September 2016. This past December (2016) brought with it the celebration of clear and cancer free six month rescans, as well as the conversation, recommendation, and decision to have a final surgery on 25 January 2017 (oophorectomy and hysterectomy).

It is faith, love and a fight like hell spirit that brought me to today. The faith in a God that has proven Himself trustworthy time and time again filled me with comfort and focus. Cancer can bring with it so much uncertainty, fear and anger. I trusted in God who sees how the whole story of my life plays out, and how all of the puzzle pieces fit together; while I could only see mere pages in front of me and a pile of random pieces. Psalm 91 became my mantra, while what I call my life verse, Joshua 1:9, became my resolve. Joshua 1:9 reads; “Have I not commanded you? Be strong and courageous. Do not be afraid, do not be discouraged; for the Lord your God will be with you wherever you go.” This was not easy, and I certainly lost it at times, but that is when the love of the family and friends God has brought into my life held me up. I say it over and over, but it is so true; hands down, I am blessed to share this life with the best this world has to offer. Words will never give him justice, but I cannot imagine going through this without my husband Bryan right by my side. His love for me, and love for our girls, is unparalleled. Despite having his own fears and frustrations with this new way of life after diagnosis, he stepped up and was my biggest cheerleader and anchor; affirming constantly that “we were going to make it through this.” Along with him was the support of family, friends, and a community I have called home my entire life.

I am Lancaster County through and through. I grew up attending school at Lampeter-Strasburg and graduated in 1999. In 2003 I graduated from Millersville University and began working for the County of Lancaster at the Lancaster County Youth Intervention Center and later became a Juvenile Probation Officer. I remained as the Hempfield School-Based Probation Officer until 2011 following Lily’s birth, at which time, Bryan and I decided that I would remain home to begin raising our family. And if there is one thing I can tell you from living in this community, it is that the friendships you make here are real and lifelong; not influenced by time or distance. Friends and family from childhood, high school, college, work, church, the YMCA and soccer teams (L-S, Millersville, and post collegiate teams) all rallied behind my family and I with outstretched arms and the willingness to help with anything. Meals were brought, weekly soups delivered, fundraisers began developing, house cleaning services arranged, the girls watched, cards of encouragement rolled in and I watched humanity unfurl at its finest. During this time of darkness, it was the light of others and their readiness to step into the trenches with me that proved both remarkable and unbelievable. At a time where we are bombarded with the cruelty and negativity in this world, I am here as a product of the love, compassion and generosity of others that showed up when it would have been so easy to worry only about their own struggles and difficulties. So I urge you, as a recipient of this immeasurable love, send the card, make the call, give the hug. You never know how much your contribution, be it big or small, fits into the larger plan of someone else’s life. My family, friends and community carried me through, and still do, for which I am eternally grateful. No words will ever come close in describing the magnitude of thankfulness I hold in my heart.

So, that brings us to the “fight like hell” spirit. I believe Elizabeth Edwards said it best, “She stood in the storm, and when the wind did not blow her way, she adjusted her sails.” I resolved from day one that no matter how the next days, weeks, months and years played out I was not going to be defined by cancer, but instead allow it to influence my life in a way that would hopefully inspire and help others. That hope continues today and I pray will remain the focus of many years to come. This is why I am especially honored and humbled to be able to partner with such an incredible organization as Celebration For Life. May the God that sustains us with the very breath to live guide us all on how to use our moments and talents well and to the fullest. Be the sunshine in someone else’s storm. Be the kind of person that steps in when others may be tempted to turn away. Be the difference; and let your life reflect a compassion for others. Be the change. 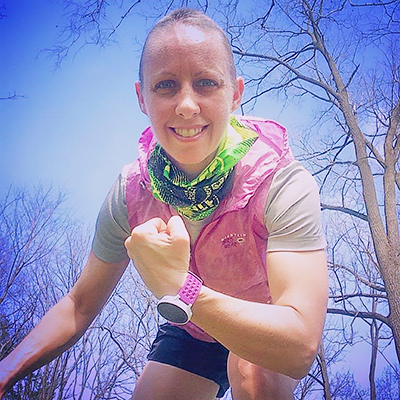