Given the increase in the Omicron variant of Covid recently, we are going to postpone our Night of 1000 Wishes originally scheduled for March 12, 2022, until March 2023. Please stay tuned for the new date, and we hope you will join us at our Tee Off for Tom: Tom McCarty Memorial Golf Tournament. Thank you for your patience and please stay safe.

Joanne Shaffer, Lori Greiner and Claudia Lints give credit to their "family" at Smoketown Elementary school for helping them survive breast cancer. Kim Kingsley, our 2007 Celebration for Life Guest of Honor and a teacher at Smoketown as well, nominated these three phenomenal women who have all helped each other survive breast cancer. In her nomination, Kim writes, "All (three women) stood with courage through the highs and lows of their cancer treatment. They all know each other, and we all held each other up with strong support (the special kind that only cancer survivors know)..." They do have an incredible story and each woman gives us hope so read on to find out what advice they have and why they are truly wonderful Celebration for Life Guests of Honor.

Claudia, who has been a teacher at Smoketown Elementary for 16 years, shared that many teachers came to her room to pray with her before her second surgery. Claudia is a two-time surivor; her first diagnosis was 17 years ago and she had a reoccurrence in the fall of 2007. Every morning before school she had her radiation treatments and she never once missed a day of work because of it. She loves teaching and that motivated her to stay strong. Claudia, a very faithful woman, said that she memorized songs she could sing during her treatments to keep her focused on her faith. Two of her favorites are "It is Well with My Soul" and "Like a River Glorious". Claudia points out that together - she, Lori and Joanne - have found strength in each other to endure this disease. She also gives credit to her loving and supportive husband, Tom, whom she says pampers her with food. Claudia has two sons and a daughter. Drew is married to Jen and they have baby Logan. Drew is a youth pastor and lives in Colorado Springs. Her son Adam, lives in Lancaster and owns his own business, Adam's Painting. Her daughter Bethany is a 5th grade teacher at Central York. Claudia is described as a true woman of faith and a very deserving Celebration for Life Guest of Honor.

Joanne Shaffer, a retired teacher who taught at Smoketown for 35 years, was also diagnosed with breast cancer in the fall of 2007. She proudly reports that in October she will have the last of her doctor visits and she is doing well. She underwent surgery on December 9, 2007, and recalled how incredibly supportive her Smoketown Elementary "family" was to her even though she had retired two years prior. She also shared that her husband, Keith, is extremely supportive of her. Joanne's stepdaughter, Kelly, and her husband Tim Miller have four children - Caleb, Elizabeth, Julia and Angela. She gave credit to her colleague and friend Kim Kingsley who called her everyday once she was diagnosed. Kim helped to ease Joanne's fears about all the tests that she needed to have done. Joanne also remembered that her dear friend Lin Rengier was a very adamant advocate for her during her doctor's visits. She reports that you really need friends who have been through it to help support you. They can help ease your fears. Joanne puts her actions where her thoughts are; she has participated in the Elizabethtown Relay for Life event for a number of years and she has called numerous women with cancer that she doesn't even know to help give them some peace of mind. The Breast Care Center and the Cosmetic Surgery Center of Lancaster have both called on Joanne to be a voice of hope and help to other women who have cancer and need surgery. She also points out that men with breast cancer need support people who have been through the treatments and surgery too and often it is difficult to find men who are willing to talk about it. Joanne certainly gives so much of herself to help others - including her dear friend Lori Greiner - so she is a wonderful Celebration for Life Guest of Honor.

Lori Greiner has been teaching at Smoketown Elementary School for 20 years. She was diagnosed with breast cancer in November 2009 and had surgery on December 9th, 2009, exactly two years to the day after Joanne had her surgery. Joanne was there for Lori through it all. Lori notes that her mother, Judy Greiner, is also a breast cancer survivor and her strength throughout her own treatment has been an inspiration to her. Lori teaches Physical Education and when she played sports in high school her number was always 28. When she found out that she was prescribed 28 radiation treatments, she thought that the number really had a significance for her. She then decided to write down the names of 28 women in her life who had made a powerful impact on her. Before each of her radiation treatments, she randomly drew a name out of the envelope and thought about that woman all throughout that radiation treatment. Following the treatment, she wrote a note to that woman sharing how she had helped her through the treatment and how special she was to her. This is a strategy we hope other survivors will try because it is a win-win scenario. Lori is an advocate for early detection so she encourages all women to get regular mammograms. Lori is an inspiration for so many women and a very deserving Celebration for Life Guest of Honor. 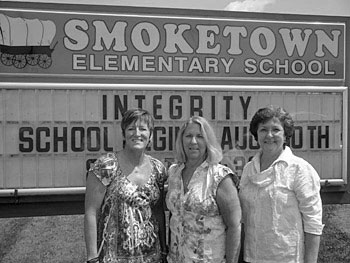