Julie Butler, our 2011 Celebration for Life Guest of Honor, has battled with cancer not once, not twice, but three times! She is clearly an inspiring survivor who credits her friends and family with her strength to endure. Raised by her parents, Anne and George Clarke, she always heard the message that you just do what you need to do even in the toughest circumstances. There was no "maybe" about her fight against cancer; she knew she had to do what needed to be done especially for her 11-year- old son, Bowen. He needs his mom so she has fought this battle hard.

In 1989, Julie was first diagnosed with a very rare form of thyroid cancer. It was very aggressive and at the time doctors told her the best option was to do the radioactive iodine treatment and they honestly told her that they did not even know much about this type of cancer. At only 30 years old in 1992, Julie had a second occurrence of thyroid cancer. Because this cancer is so rare, doctors at NIH and Lancaster General Hospital tracked her treatment and progress. She underwent the same treatment as before. Then in October 2009, a particularly hard year for Julie, she had yet more bad news. She was diagnosed with uterine sarcoma, a very rare form of uterine cancer.

During her early treatments, her mother was always by her side. She went to every doctor visit with her. Julie credits her friend of 24 years, Lieke Byler, with also providing her with unconditional support. Lieke rallied all Julie’s friends who in turn provided meals, hired a cleaning lady for her, did yard work, and anything else Julie needed help with while she was sick. Julie notes that these people, some from all different aspects of her life, have formed long-lasting friendships and still remain friends today; they were brought together to support Julie. Patrice Hoenninger, the friend who nominated Julie as a C4Life Guest of Honor, was brought into Julie’s life when they met while planning a trip to Nevis. It seems as though there is just no stopping Julie Butler. Julie notes, "I have a magical combination of friends" and she considers them all a blessing in her life.

When asked what she has learned throughout her battle with cancer, she quickly articulates, "I do not hesitate to contact people who need a connection to a person now. I used to be uncomfortable and worried that I might say the wrong thing to someone who is in pain or struggling, but now I realize how important connecting to others was while I was undergoing treatments. It was so important to me." She urges people not to be afraid of calling a person who has cancer or who is struggling in anyway. They will appreciate your connection and care. Another lesson Julie learned was how to accept help and not feel like she owes back…today she pays it forward. She states, "cultivating relationships with people makes your life rich."

Today, Julie enjoys bike riding, reading, kayaking, and gardening, and she is well known for her connections to so many people. After interviewing her for this story, it became apparent just how many people Julie knows. We, members of the Board and Julie, have some mutual friends from Millersville University and from McCaskey High School. Perhaps one of Julie’s purposes in life is to bring people together and to bring them back together. We are so pleased to have her as part of our Celebration for Life family. She is a great role model for other cancer survivors and a friend to all. 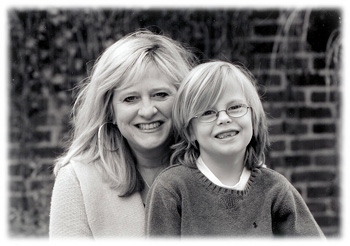