In February of 2008, I was at the airport picking up my mom. We stopped for dinner, as we were talking about her trip, I reached up to scratch my neck. I felt a lump right in the center of my throat. I was immediately panicked. After multiple tests and a biopsy, which all came back inconclusive, it seemed surgery was the only option. I woke up after surgery having been told it was Thyroid cancer and my thyroid had been removed. I knew nothing about Thyroid cancer or what was to come. I had so many people tell me if I had to have cancer, "thyroid cancer is the best cancer to have". I understood what they meant, but I certainly didn't feel that way, and my body didn't feel that way. If it was so treatable as they said, why was I filled with so much fear and anxiety? After my surgery, I had a follow-up appointment to assess whether the cancer had spread to the lymph nodes that were removed during surgery or if it was contained.

I was relieved to hear it had been contained, although I had a doctor who was very difficult to understand and I didn't agree with his course of treatment if, in fact, it was contained. I had a gut feeling I needed to get a second opinion and I felt I needed a doctor who spoke to me in terms my husband and I could understand. I was very fortunate and luck was on my side, I got in to see a doctor at UPenn, Dr. Stephanie Fish. After a second pathology exam of the lymph nodes, I was told I was misdiagnosed by my local doctors/pathologist and the cancer had spread to the lymph nodes. I was shocked, scared and distraught to hear this, and I knew a treatment plan was imminent.

Shortly after, I was referred to Johns Hopkins to a wonderful doctor, Dr. David Cooper, who started my treatment plan. I sent my son, Coleman, age 12 and Ian, age 5, to be with family as I received radioactive iodine as my treatment and could not be within 10 feet of anyone. I was "quarantined" to my home. My husband stood by my side, and stayed with me, albeit, far away from me. The following months were difficult but my follow up scan after treatment showed no sign of cancer. I was cancer free.

My husband Bill was my rock. He was strong for me when I couldn't be. My parents, in-laws, family and friends were all there to support me. I was grateful for each and every one and I have so much love for all of them. My life had changed and I would never look at life the same. I was very grateful that having cancer opened my eyes to see how I was living my life. I wanted God back in my life and I knew I needed to do more. My stepfather had been in the process of starting a non-profit organization in Lancaster Co., called the Catholic Worker House. The mission was to open a "house of hospitality" where the homeless, hungry and less fortunate would always be welcome. I knew he needed the help, and it certainly was something I needed. I wanted to make a difference, think of others, and hopefully teach my kids the importance of caring for others in need.

In June of 2009, we opened the Catholic Worker House of Lancaster, located on W. Vine Street in Lancaster. We house a family of three, who are in need of a home until they get on their feet. We serve homemade soup, fresh bread, fruit and dessert from our kitchen every Saturday to the less fortunate of Lancaster City, serving anywhere from 25-75 people right in our small dining room. The soup kitchen is just one of the many ministries we have. In addition to the soup kitchen, we have a large vegetable garden (all used for our homemade soup), hold holiday meals, a winter clothing giveaway, city school tutoring and staff the winter shelter. It's a blessing to be part of this amazing organization but I am truly blessed to have met so many wonderful, generous and caring people who volunteer so much of their time to help make all our ministries successful.

Tara gives the following positive advice to other cancer patients: "When I was faced with this diagnosis, what I remembered most was just wanting to feel "normal" the way I did before I was diagnosed. I was determined to spend my days as "business as usual". I continued working, exercising and involving myself with my kids' daily activities. My cousin Elise, who was so instrumental in helping to keep me positive, made it a point to come see me after surgery. NYC is our favorite city, so we decided, let's go, just six days after my surgery. What I learned was I needed the support of my friends and familyâ€¦lean on them, they want to be there for you! You are your greatest fan, and it's important to always remind yourself "you can do this and you will get through it." I said that a lot!! Be kind, be generous and really and truly, don't sweat the small stuff! If my attitude towards life had to change then it was going to be a change for the better, and I will always think twice about whether or not I'm really having a bad day. :-)" 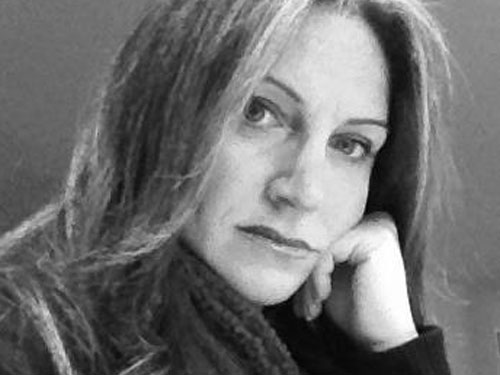 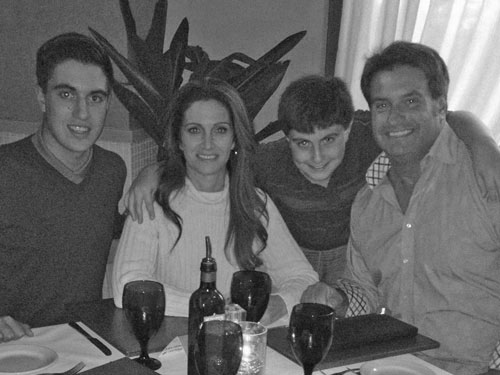